Jay Shells (Jason Shelowitz) was born in 1979 in Oceanside, New York and has been living and working in New York City since 2001. He attended SUNY New Paltz from 1997-2001 with a focus on printmaking and continued his art education at Pratt Institute, receiving an MFA in Graphic Design in 2003. From 2005-2006, Jason interned with the legendary artist and graphic designer Milton Glaser. He has been working professionally as a fine artist and graphic designer ever since.

His work has been exhibited in galleries throughout the United States, Germany (Burkhard Eikelmann Galerie) and the United Kingdom (Lazarides Editions) as well as featured in publications including The New Yorker, The Los Angeles Times, ARTINFO, Juxtapoz, Complex and The New York Times. Jason’s work appears in the book Seinfeldia by Jennifer Keishin Armstrong, and Street Messages by Nicolas Ganz.

Many of Jay’s public art campaigns (Subway Etiquette, Metropolitan Etiquette Authority, Rap Quotes) have been written about extensively on an international scale. In 2016, Jason produced and starred in a docu-series for Red Bull TV (airing summer 2017) based on his Rap Quotes project.

Most of his fine art work focuses on finding the beauty in the overlooked parts of our cities: the grit and grime, the infrastructure, the tiny details, which he painstakingly burns portraits of in intricate detail using a soldering iron on wood panels. While these portraits are photorealistic, the subject matter is often so macro and abstract that the finished pieces may be unrecognizable to the viewer. Jay has been working with some of his contemporaries on collaborative panels which introduce color and a unique juxtaposition of styles and mediums. 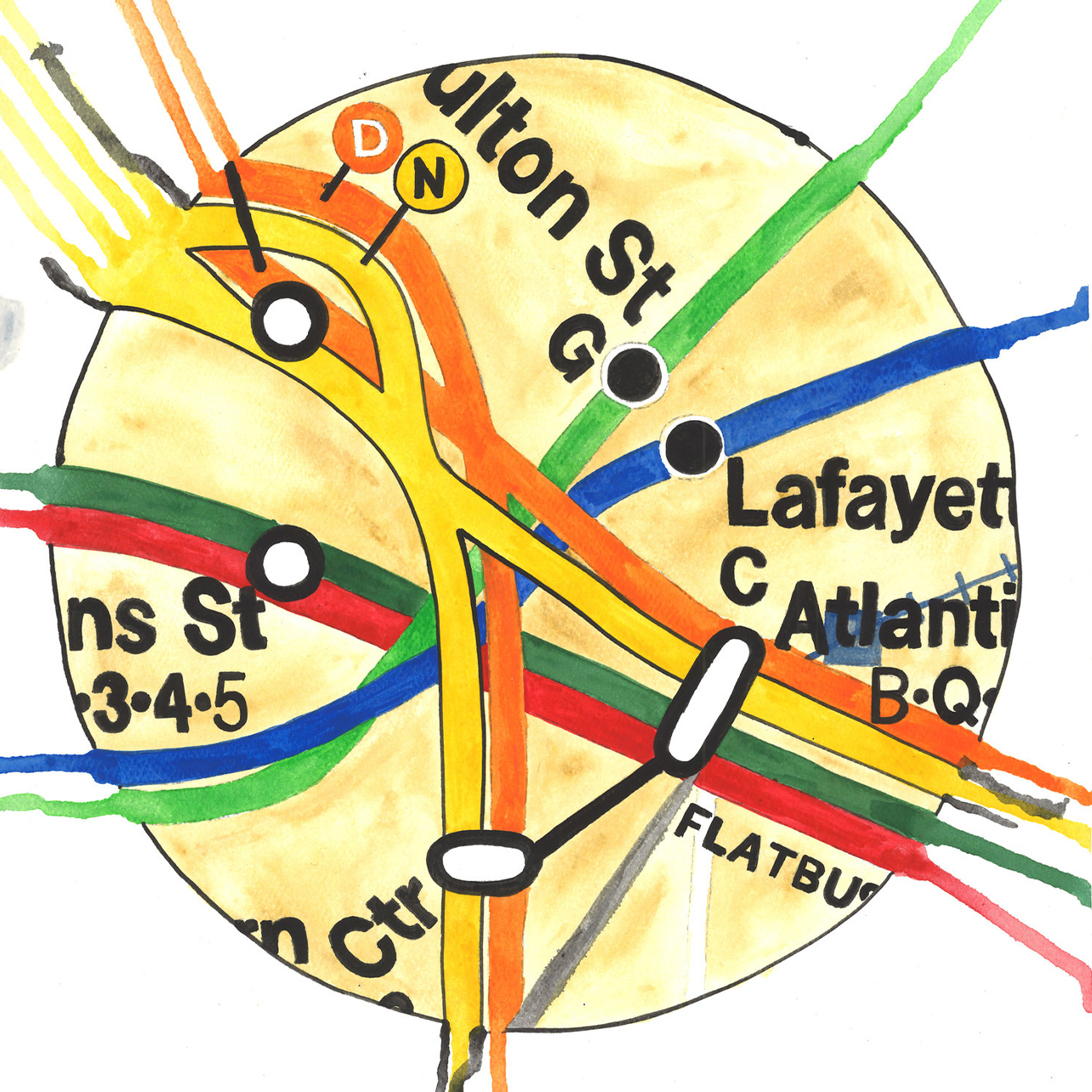 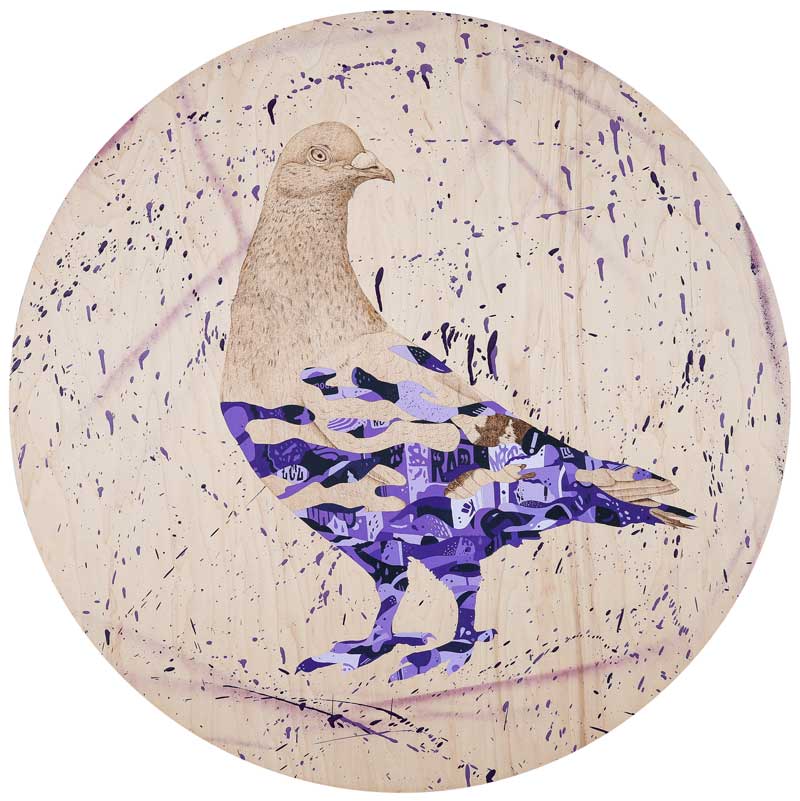 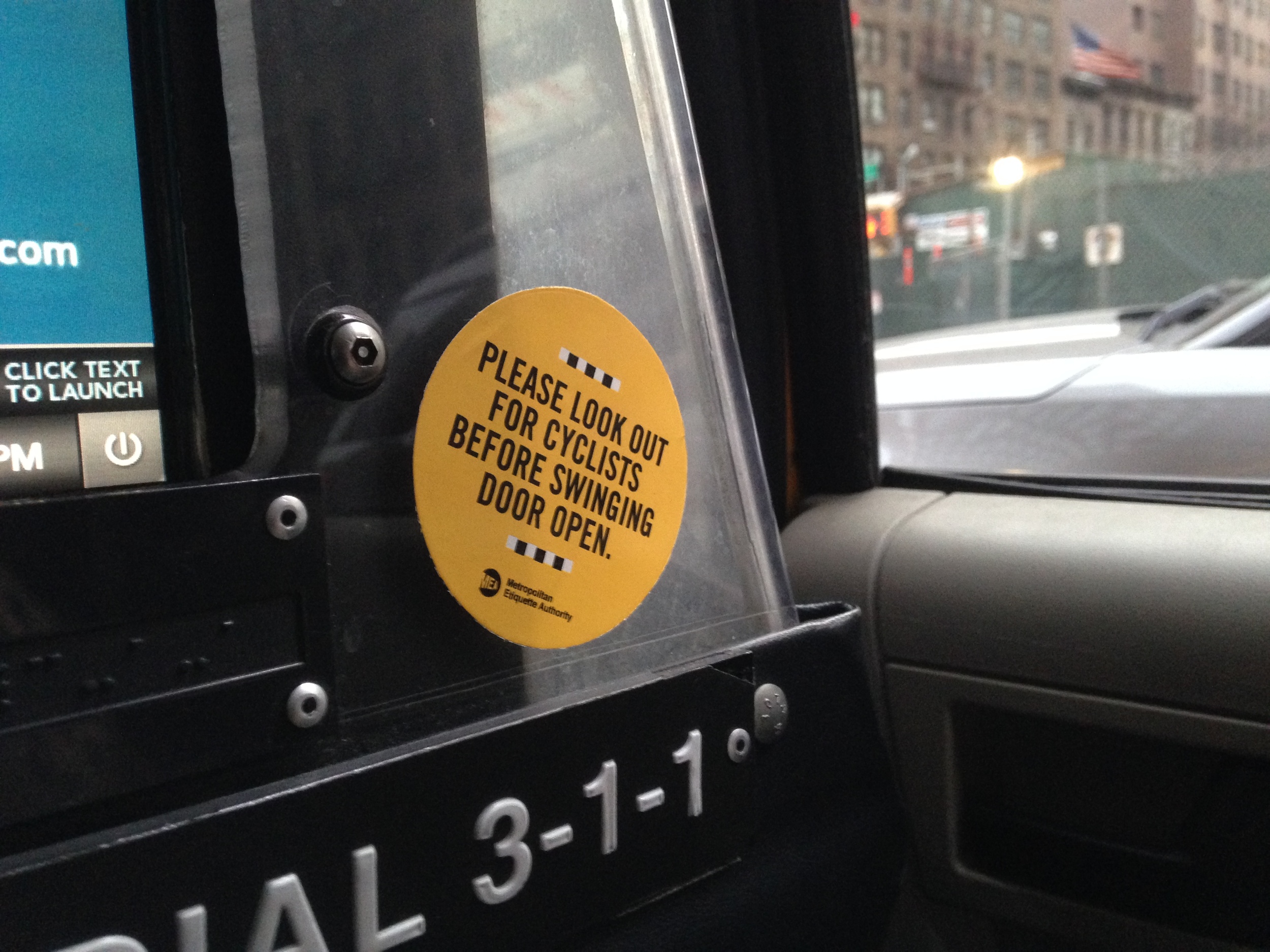 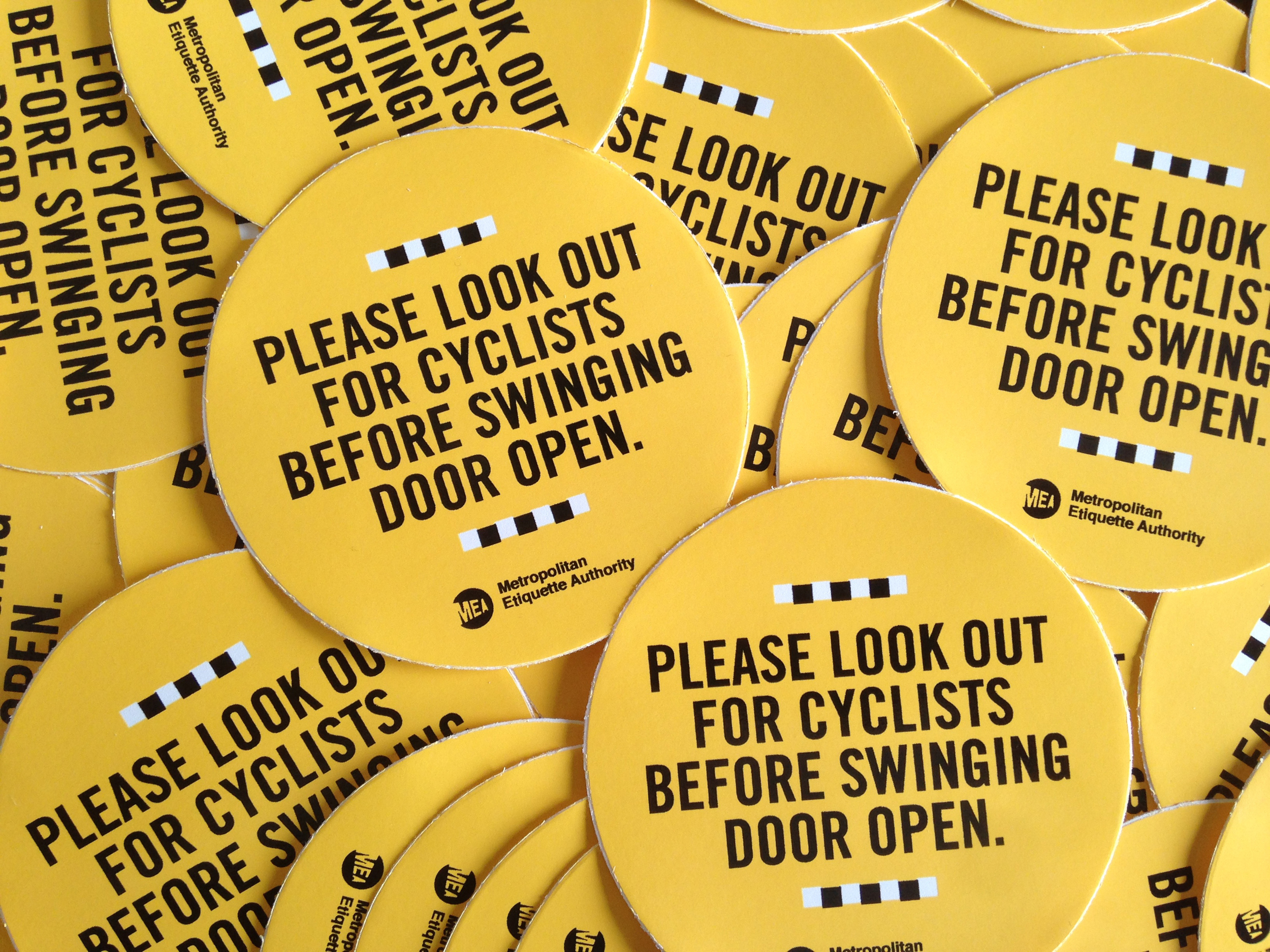 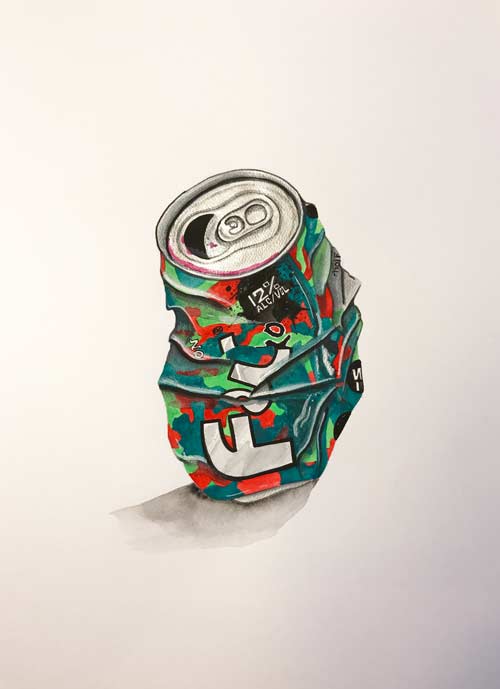 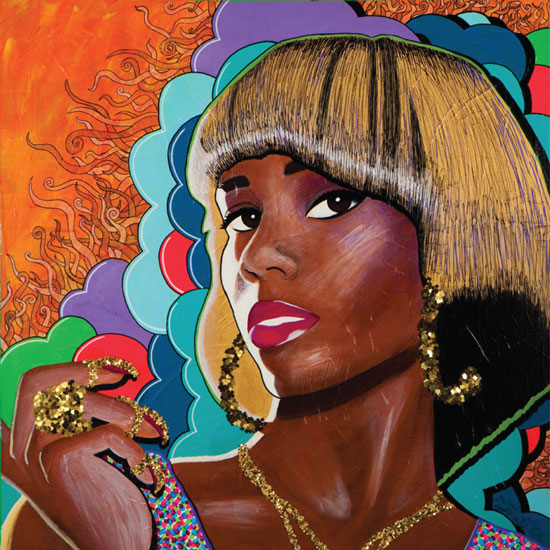 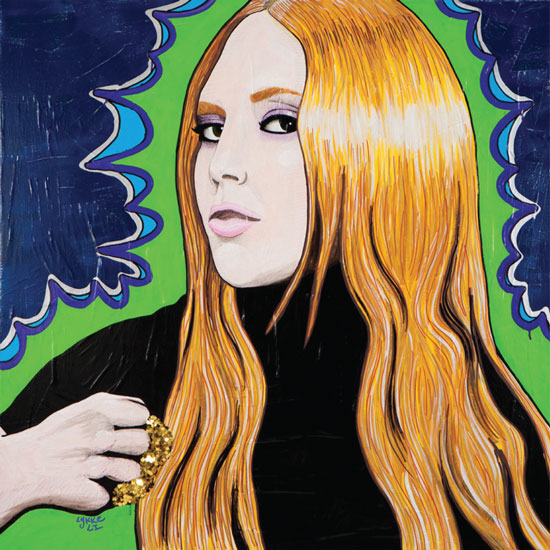 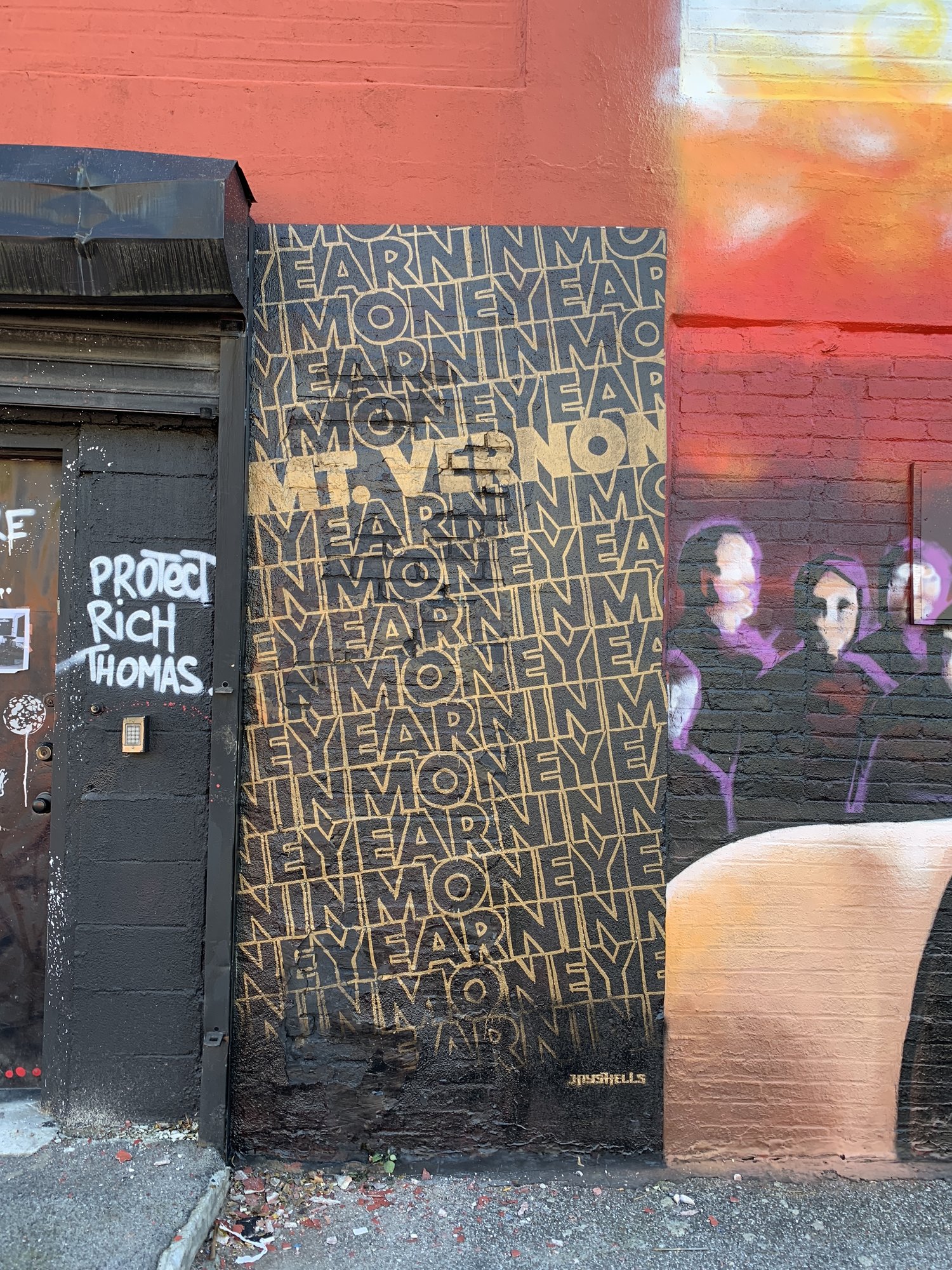 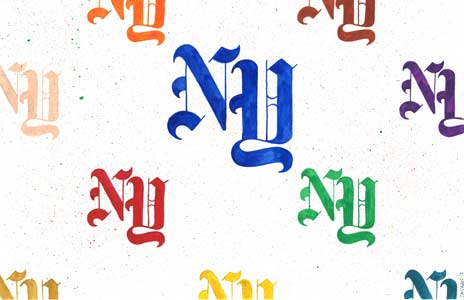 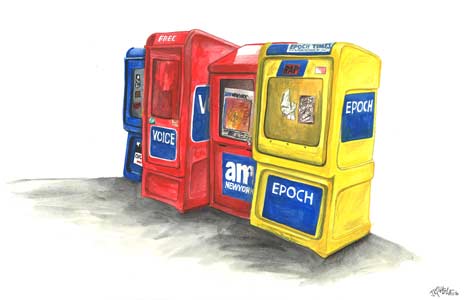 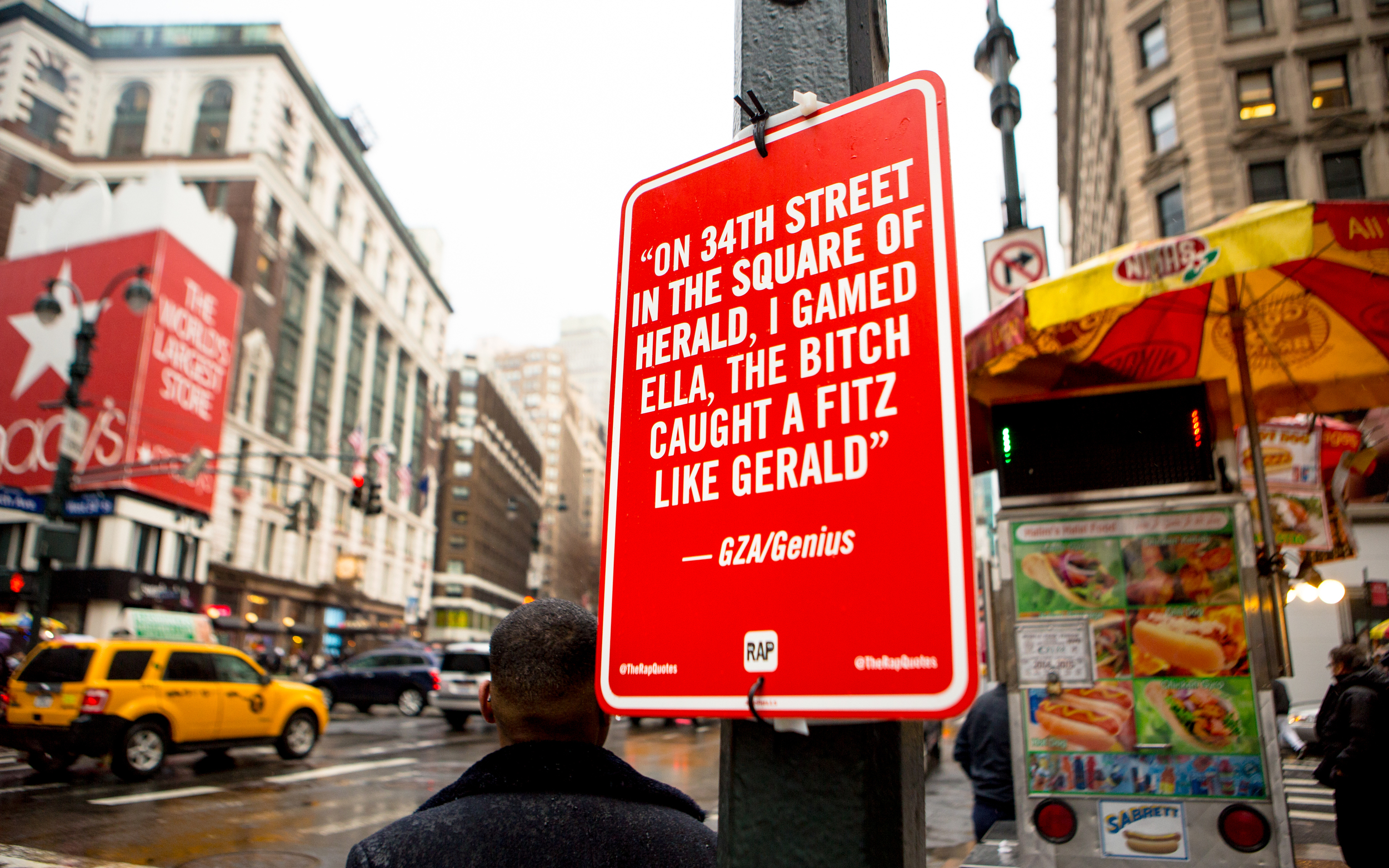 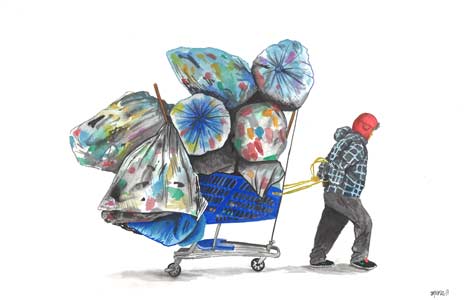 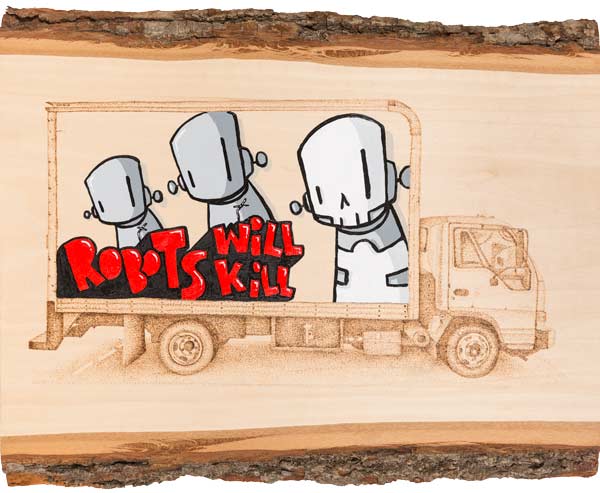 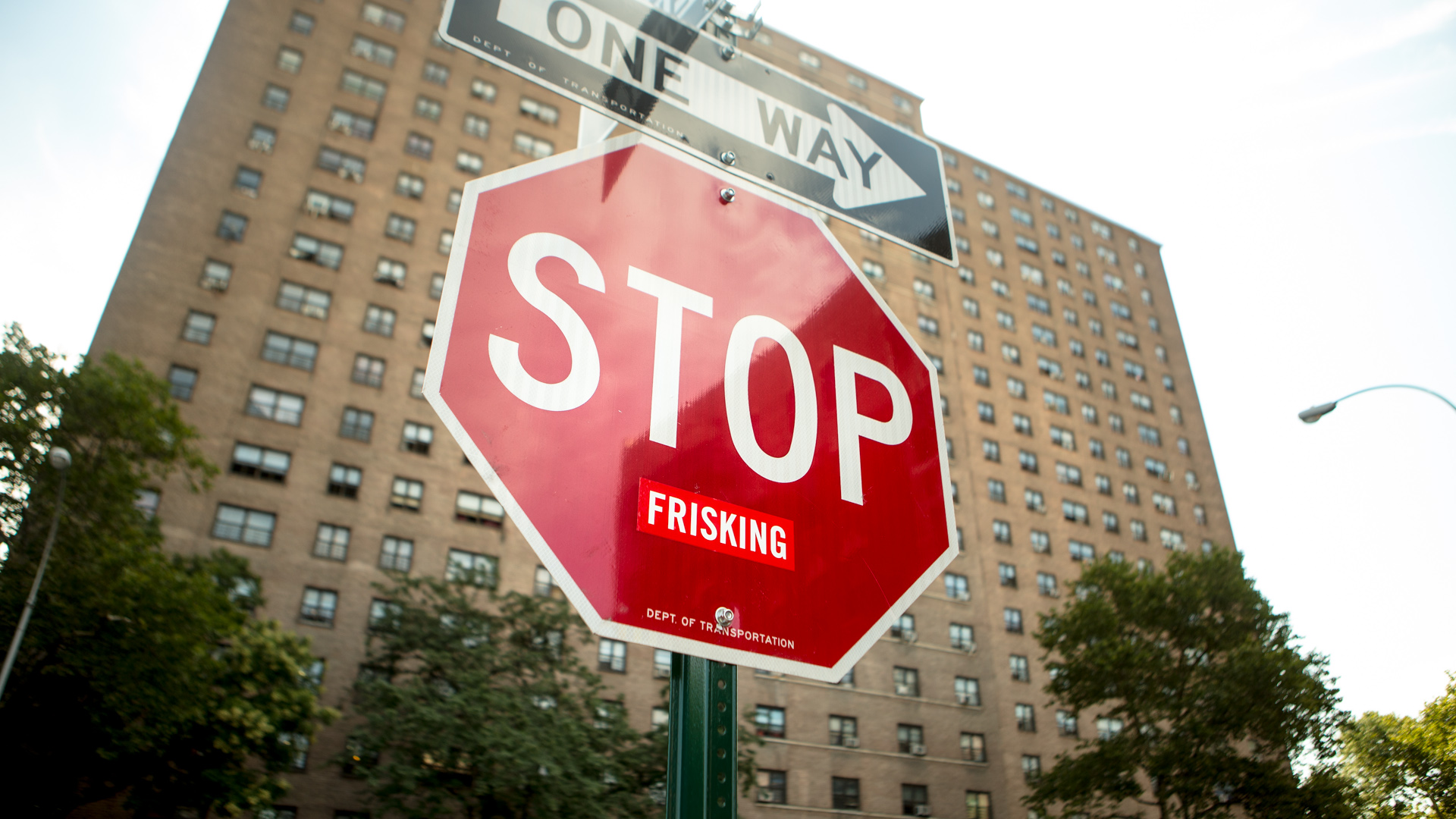 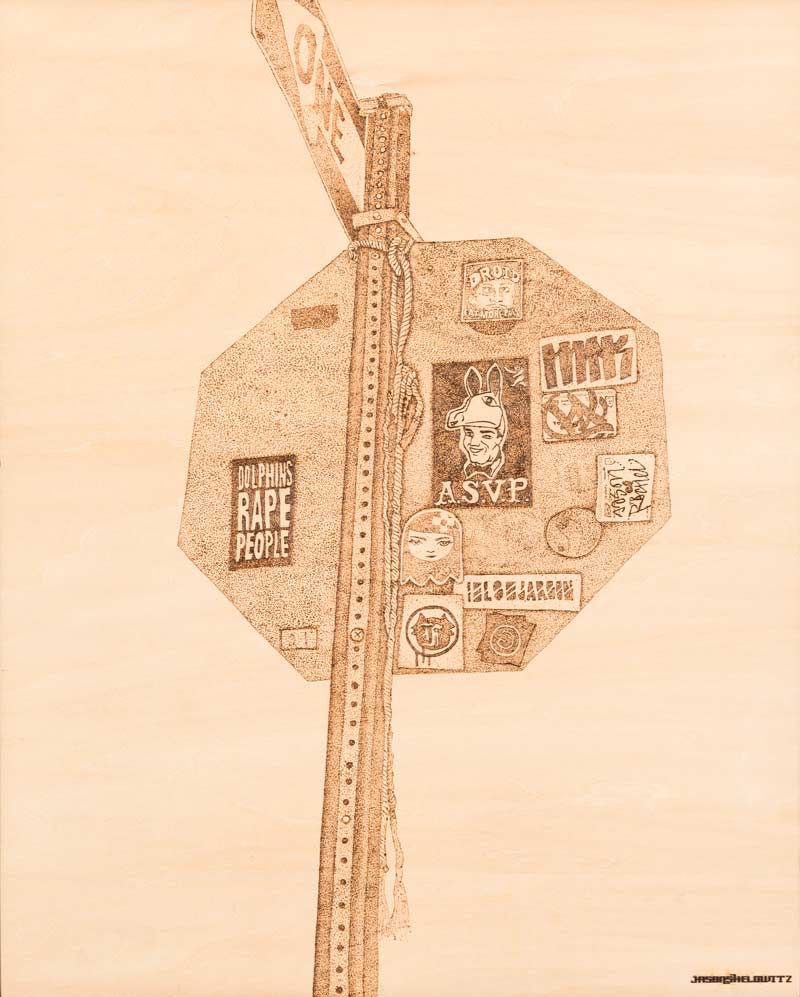 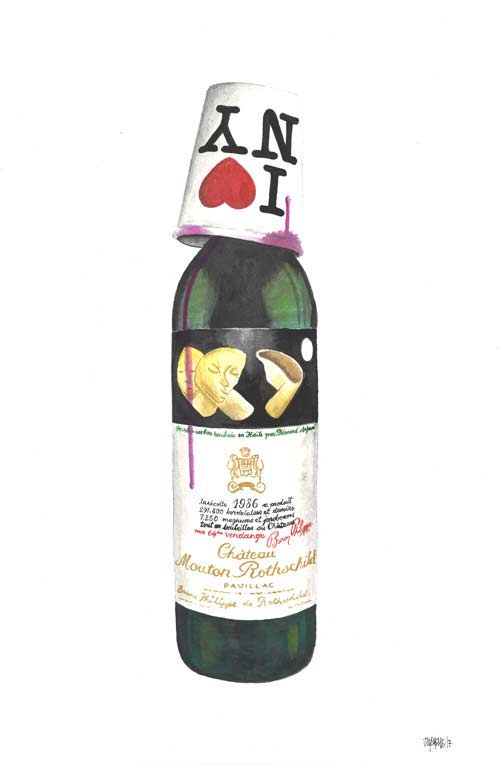